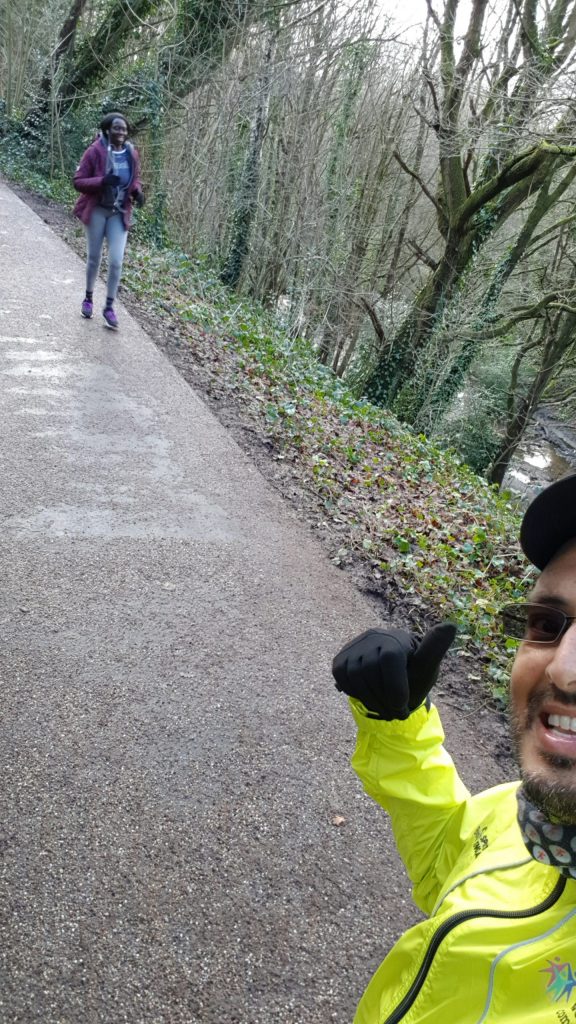 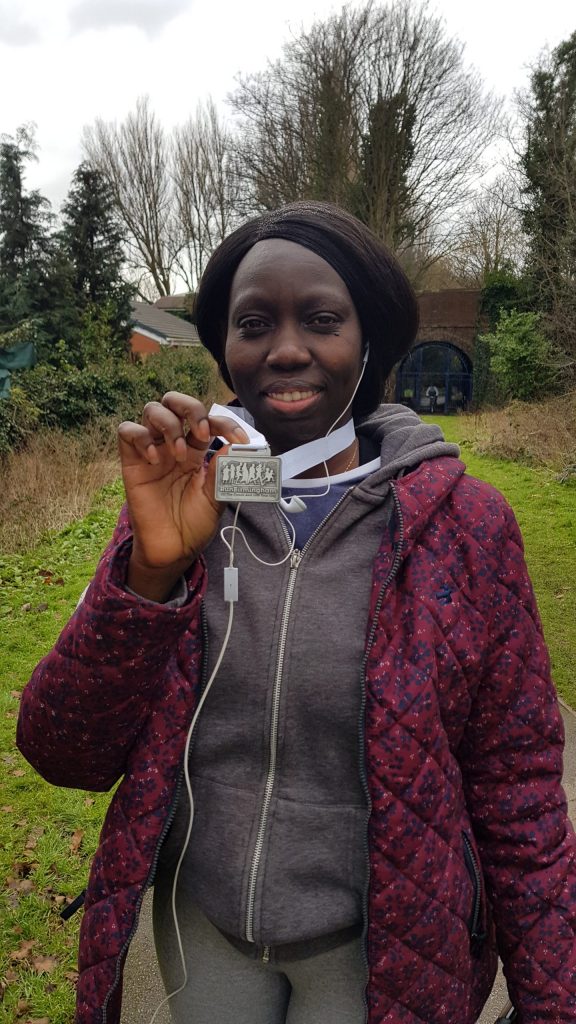 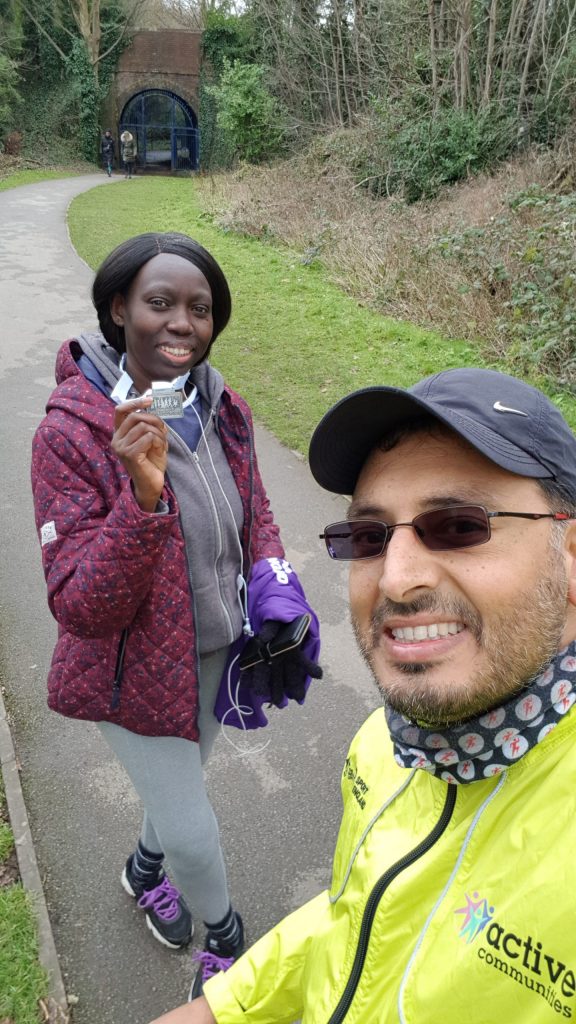 We’re super proud of Couch to 5k graduate Nina Lugor, who took up running during lockdown. Nina followed the Couch to 5k app to build up her stamina and confidence over 9 weeks and was supported by Tahir from The Big Run Project, and groups on social media when it got tough. She finished the programme with a brilliant 5k run which you can see below.

“For years I have enjoyed going for long walks in nature, so when we went into 1st lockdown in March 2020 I started walking everyday for an average of 1.5hrs around my neighbourhood, as time went by and weather got warmer I increased it to 2hrs and walked further afield.

By November I had exhausted all walking routes near me and wanted another form of exercise, then I remembered a flyer for The Active Wellbeing Society’s Big Run Project that was dropped through my door the previous summer. I contacted Tahir Parvaz, who promptly gave me details of running groups near me and I joined him and others on Sunday morning for my first road running at Edgbaston Reservoir.

I used to run on a treadmill almost 5yrs ago, so I was anxious. I remember my 1st run on couch to 5k I could barely breathe after the 60secs run. Over the next 9wks I met with Tahir on Sundays for a socially distanced buddyup and followed the programme on my app for the other 2 runs during the week. Tahir has been brilliant at supporting me and pushing me beyond my comfort zone. The WhatsApp group and Facebook group has been a source of immense support, there were days when I was running alone and felt like giving up but the support I got encouraged me to keep going.

If it weren’t for this programme in lockdown it would have been even more difficult to endure, it has helped me tremendously with my mental health. I would encourage everyone to try the programme, all you have to do is start where you are physically and build your strength and endurance over time.“

BBC Morning Live met with the man behind Couch to 5k and Nina was featured as one of the many people loving running after following the programme. You can watch Nina’s Couch to 5k graduation video below:

If Nina has inspired you to start running, find the free week by week plan to build up your fitness, and links to download the app on your phone here. If you’d like some support to get going, or keep running during the tricky weeks, please email: [email protected]