In May, Leah joined the This Girl Can Leisurely Led Ride on Monday evenings at Edgbaston Reservoir.

The led ride is a women-only session, with a ride leader, where women can cycle around the reservoir at their own pace. Its part of our This Girl Can activities, funded by Sport England, which supports and encourages women and girls to be active in any way that works for them.

Leah has a really busy lifestyle–she’s a busy mum and works part-time. She explained that

‘I’ve just got loads and loads of stuff I do outside of work as well. And so, as well as being a mom I’m just really busy and really stressed basically a lot, really hectic, just loads going on at the moment.’

Despite often feeling stressed, she always makes time to join the cycling session on Monday evenings after work. She explained that she doesn’t often find time for other types of physical activity, but that the led rides work for her because it’s something she enjoys doing and the bikes and helmets are provided.

‘The good thing about the led ride is that they just give you the bikes. So, it makes it so easy for you to do it. It’s like I’ve got a bike, but it’s in the shed, under loads of stuff, you know, I haven’t got time to pull it out. So, this is like really easy.’

Although it can be difficult at times, Leah has found that it’s important to be able to take time to yourself and do something you enjoy. She said that she likes making time for the led ride as it gives her ‘something exciting to do on a Monday night’ and she told us that even if she’s stressed, ‘I always feel better after I’ve done it’.

On her first session, it was raining really heavily, but she told us that lots of women still turned up as they didn’t want to miss out. She explained that it felt like

‘We were all in it together. There were rain droplets on the seat, but that wasn’t an excuse not to do it. We all got out in the stormy weather and then a double rainbow appeared –it was great, really dramatic.’

Leah loves spending time in nature while she’s on the ride. She enjoys watching the reservoir, the ducks, and the geese, and spending sunny or rainy evenings outside. Everyone goes at their own pace-some cycle round in groups or pairs, while others take time to themselves.

‘The instructor is lovely, so friendly and everything and it’s just nice, you know, meeting the other ladies and doing a little bit of exercise. It’s not competitive, it’s not like a really long bike ride. It’s just a gentle bike around.’

The led rides provide a great opportunity to be physically active, as well as build social connections.

This Girl Can Leisurely Led Rides at Edgbaston Reservoir run every Monday at 6 pm. Bikes and helmets are provided, and you don’t have to book –just meet at the entrance on Reservoir Road. To find out more visit our bike projects, or contact us on :0121 728 7030. 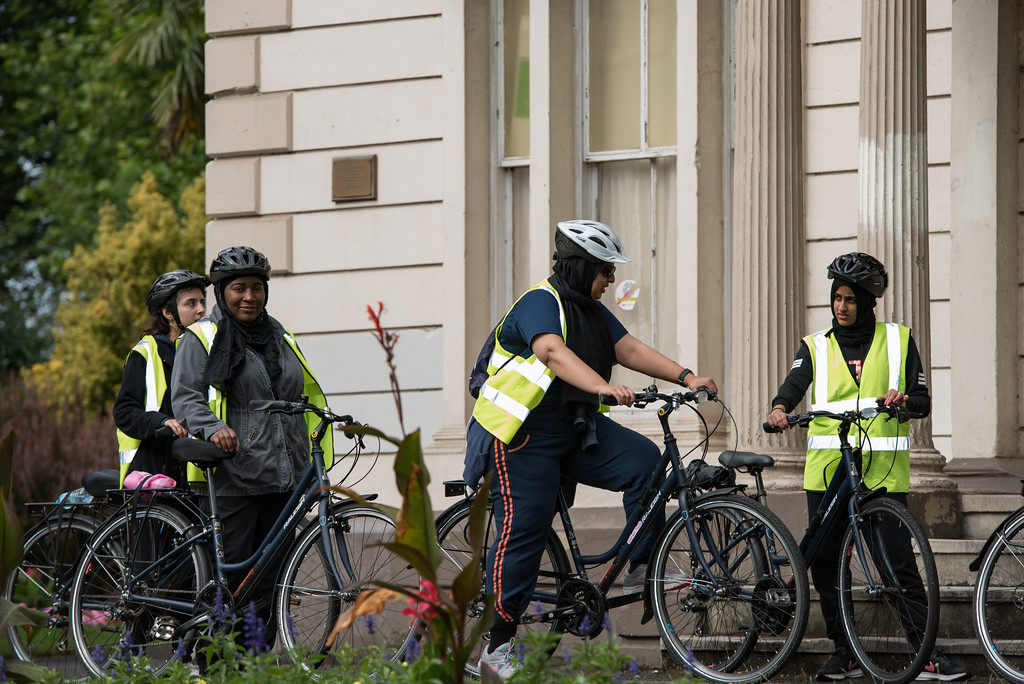